A Few Thoughts on Comcast and DreamWorks Animation 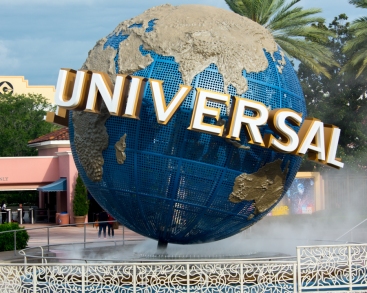 The term game changer gets overused too often. It’s become go to hyperbole for the ad industry and a crutch in rave reviews of films and video games. You could argue it’s become a meaningless buzz word at this point, as few things given the label live up to the hype.

That said, Comcast purchasing DreamWorks Animation is a game changer in every sense of the word.

For those who’ve yet to hear the news, Comcast and NBCUniversal are set to acquire the animation studio for $3.8 billion. Christopher Meledandri, the executive who shepherded the Despicable Me franchise into one of the most successful in recently memory, will oversee the new division within Universal, while Jeffrey Katzenberg steps into a new role. Barring any issues that come up between now and then, the sale will be finalized by the end of the year. Some analysts have criticized the move, saying that Comcast overpaid for DreamWorks, while other have applauded the bold strategy.

In my opinion, it’s a move that’s been long coming, and sets up Comcast as a major competitor to Disney in a variety of arenas, but of most interest to me is how this will affect the theme park business, particularly in Orlando, as this was not the first domino to drop in the Disney vs. Universal rivalry, and I suspect it won’t be the last, either.

You could argue it all started with Harry Potter.

Rumors of a Harry Potter themed attraction or land began as early as 2003, and many of them centered on Disney, not Universal. Nothing was said officially until 2007, when the Wizarding World was formally announced at Universal Studios Islands of Adventure. There are few details on why the Disney deal fell apart, or if it even really existed in the first place. Unsourced answers that suggest J.K. Rowling’s strict control over the Harry Potter property conflicted with the Imagineers, but there’s nothing concrete.

Of course, we now know that the Wizarding World proved a gigantic success, eventually sprawling across the two Universal Orlando parks, with a California version opening earlier this year. That success has seen double digit increases in attendance over the past few years, enough to catch the attention of that other destination in Orlando. Disney would announce Pandora – The World of Avatar in 2011, and Star Wars and Toy Story lands in 2015, and it’s hard not to see at least a little influence from the success of Wizarding World.

2015 also saw Universal announce a new themed water park, Volcano Bay, announced for 2017, and a partnership in Japan with video game publisher Nintendo. And then, toward the end of the year, rumors swirled that Universal had set its sights on a large parcel of land in the Orlando area. In February of this year, Comcast confirmed it had purchased 475 acres of land, easily large enough to expand the current park1.

Clearly, the acquisition of DreamWorks Animation will factor into any plans Comcast has for a new theme park on that land. While Harry Potter is an enormously successful franchise, the rights still reside with J.K. Rowling and Warner Bros, meaning that at least some of the profits are paid out to other parties. For that matter, Marvel is still a major presence in Islands of Adventure, which means Universal is paying out to Disney as well. The newly acquired DreamWorks properties mean a whole slew of characters and worlds to build attractions in without the problems of licensing and split profits.

Also, Universal is often seen as a more adventurous park, something that appeals to teens and young adults, but leaving Disney the undisputed king with younger children. Just as Star Wars and Pandora might appeal to older visitors at Disney, the DreamWorks franchises give Universal new possibilities to reach out to a younger audience. Considering that the DreamWorks catalog includes not only the major film franchises, but classic characters like Casper the Friendly Ghost, Lassie and Veggie Tales, there’s a lot to play with.

Finally, you’ve got to think Universal creative has to be excited at the possibilities for attractions based on these properties. How to Train Your Dragon is begging for a state of the art attraction, and Harry Potter and the Forbidden Journey is a great illustration of how easily it could be integrated into the park. But why stop there? You could see a Kung Fu Panda based dark ride, or a walk through zoo straight out of Madagascar. For that matter, DreamWorks has Voltron in its Classics library, and you can imagine what an amazing attraction that could make.

Of course, none of this will happen in a vacuum, and it’s possible that Disney already has plans underway to respond to whatever Universal does next. In October of last year, Disney requested that 550 acres in its Walt Disney World property be rezoned to allow for potential development. Some of the plots described in the rezoning request would seem to be large enough to accommodate an entire theme park. This, of course, wouldn’t begin until well after the Star Wars and Toy Story expansions have been completed, and even then might be little more than a pipe dream, but it’s possible Disney has an eye toward what they would need if they chose to expand their operations in Florida any further.

In the middle of all this is another player, however, and I have a suspicion they’re going to end up a part of what’s to come next in the Disney and Universal rivalry. It’s a company that not only has connections to both companies, but is also a supporting player in the DreamWorks Animation story.

DreamWorks had been on the market for some time, and in 2014 there were serious talks of a purchase and merger with Hasbro, the toy maker behind Transformers, G.I. Joe and My Little Pony. According to most reports, Disney was a major factor in the talks breaking down, thanks to their lucrative toy contract with Hasbro. Of course, Hasbro also has the trademark on Mr. Potato Head, part of the Toy Story movies. Rumors earlier this year circled of a merger with Mattel, and opposition from Disney was cited as a major factor in those talks stalling as well.

An attraction based on Transformers is also present in Universal Studios, based on the successful live action film franchise. Optimus Prime, Bumblebee and Megatron also do a meet and greet nearby. It’s currently the only theme park attraction based on Hasbro’s deep catalog of franchises, which also include board games like Clue and Monopoly, as well as popular toy lines like Nerf and Play-Doh.

So here’s a bold prediction for you… Hasbro will have a deal in place with either Disney or Comcast for more of their properties to have a presence in theme parks by 2017. While I don’t think they would be outright acquired by either company(though you can’t rule out the possibility, as they’ve shown interest in two mergers the last two years, and there were reports of a Disney acquisition of Hasbro in 2012), I think their brands would be a valuable part of either company’s attempts to expand. There are plenty of great IPs that don’t yet have a theme park home, but Hasbro arguably offers the most robust catalog let out there.

And you’ve got to admit, Hasbro’s brand line up offers a lot of fun attraction possibilities too.

1 – For sake of comparison, the Magic Kingdom clocks in at 107 acres, and Universal Studios around 125. Taking parking and potential new resort hotels, there’s room for at least one park on that plot, possibly two if they were very conservative with how they used their space.