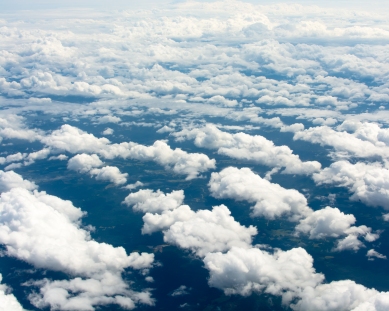 There are certain days you dread on the calendar. Sometimes it’s work related, if the due date on a big project is coming up, or you work in retail and Black Friday is looming. There are holidays that all of us, for one reason or another, hate. But the worst are anniversaries that remind us of dark times in our lives, and memories that are best left in the past.

Through the miracle of Facebook, I was reminded of the events leading up to that day. The 9th marked my fifteenth anniversary with my then-fiancee, now wife(yeah, we took our time on that deal). Our last “landmark” anniversary had been subdued, in large part since we’d just moved to Oklahoma from Flagstaff, Arizona and were still looking for new jobs. I’d promised her that this year would be different. On the old version of my web site, I wrote a blog post on the 6th, detailing the history of our relationship and trying to express what she meant to me.

I’d not been feeling well for some time. We’d driven to Tennessee not even a month earlier to visit my mother, and I’d been having stomach pains on and off. They got particularly bad during the last leg of the drive back to Oklahoma, and I resolved to schedule an appointment with my doctor when we got back. He did some blood work, noticed that my white blood cell count was exceptionally high, and recommended a CT scan scheduled for September 8th.

After work that night on the 6th, I felt particularly bad, to the point Christie agreed that we should head to the ER as a precaution. We’d had a few quick ER trips over the past few years, and I assumed that this one would be a stopover for a couple of hours, and then I’d be sent home with medicine and ordered to get some bed rest. The anniversary, I told myself, would go off without a hitch. We stopped by the apartment, I grabbed a book(The Book of Basketball by Bill Simmons) and we made our way to the hospital.

Heading to ER. Don’t think it’s too serious, but prayers and happy thoughts are appreciated.

I can’t remember the first doctor who mentioned surgery, but I dismissed it out of hand. The further things progressed, the more I started to worry, and then I got wheeled in for the CT scan I was supposed to have the next day. Things slowed down after that, and I really didn’t know what to make of the situation. That’s when the ER doctor came in and introduced me to the first of two digestive specialists I’d end up working with, and surgery became an inescapable reality.

Well, got admitted to the hospital due to diverticulitis… have surgery scheduled for 10:30 tomorrow. Nervous but I”m in good hands here. Hopefully only be here thru the weekend.

Christie stayed with me for a good part of the day, but I remember how miserable I felt when she went home to sleep. I read a little more of my book, looked at a few things on my phone and then tried to sleep. I remember walking over to the sink at one point and spending a good five minutes just staring in the mirror, trying to process everything that was happening.

About to head in for prep. See y’all later today, keep the good vibes coming!

One of the previous night’s pieces of business was to cancel the CT scan scheduled for the 8th, because I really didn’t need it at this point. As I sat in the prep room with my family, I got a call from my primary care physician’s office, asking why I’d canceled the scan and telling me it really needed to be done. So I calmly explained that I’d already had a CT scan and was a few minutes from being taken into surgery. It was a good laugh I needed before facing down a pretty scary prospect.

Coherent enough now to say surgery went decently. I’m kind of a mess and recovery’s gonna take a while. but man, my weight loss is gonna be PHENOMENAL.

Mess was putting it lightly. I didn’t know it at the time, but I was at the beginning of a long journey that would involve two weeks in the hospital after that first surgery, four more surgeries after that, more visits to the ER, specialists and my primary care doctor than I’d care to count. For most of that time I had an ileostomy, which meant a greatly restricted diet and didn’t do wonders for my self confidence either.

I knew the day was coming, and I braced myself for that Facebook Memory post that would inevitably bring back a flood of negative emotion. There are still lingering issues, from bills still on credit cards to the scars I see every time I take off my shirt.

Only that wasn’t what Facebook showed me this morning.

Sunrise in the air. Gonna be honest, words kinda fail me here. Absolutely amazing to see.

Somehow, I’d never realized we’d stepped on the plane for our honeymoon four years to the day I visited the hospital. Four years after I stared in that mirror in a hospital room, terrified of what the future would hold, I would be sitting in Trader Sam’s in Orlando. My fiancee had become my wife, and I was about to find an abiding love for Disney that had laid dormant in me. Four years after I struggled to walk, I was walking around the Magic Kingdom, riding Splash Mountain and watching the Wishes fireworks show on our private cruise.

During the recovery from surgery, I feared the future. Would I always have that ileostomy? Would the damage from those surgeries linger and inhibit me in some way down the line? My Facebook posts during that time were largely wistful, talking about my pain and what might happen down the line. In the midst of it all, I found an almost prophetic message from October of 2011.

I took a nap and dreamed we adopted a three legged chocolate lab inexplicably named Cheddar. The moral of this story: Don’t nap after eating fried pies.

She’s not a chocolate lab and her name’s not Cheddar, but we did end up adopting a lab mix who only has three good legs. We’d also open our home to two cats, the first of whom would be my “recovery buddy” at home after the last surgery. Things haven’t been perfect, but in life they never are. But no matter how dark the sky may get with clouds, the sun’s still shining behind them.

We all face challenges in our life, and some of them will change us forever. There may be scars that we cannot wipe away, and even pain that stays with us forever. But in the end, bright days will come again.

We need only to weather the storm.

As a quick post script, some of you might have done the math and realize that, yes, this Friday, September 9th, marks the twentieth anniversary of Christie and I’s relationship. We have no major plans since we’re working(we’re going to stop by Del Taco after work on what will technically be Friday morning), but I thought I’d share that old blog post, which you can read here.