There are certain laws of the physical universe. There are Newton’s laws of motion, Heisenberg’s Uncertainty Principle and Occam’s razor1. Fermi’s got a whole slew of things bearing his name, as does Laplace. While it might not yet bear anyone’s name, there’s one simple law that governs the internet: Everyone loves cat photos.

There are a number of reasons given for this. There’s the inherent dignity and stubbornness of the cat, versus the pliable, obedient dog, who will balance a spinning plate on her head if there’s a treat involved. Some suggest it’s the fact many people see cats as arrogant, and it’s satisfying along the lines of seeing the prissy Englishman in a comedy film fall into a pile of mud(or worse). The cute factor is mentioned frequently as well, as you can’t deny that cats are really adorable.

My guess? It has a lot to do with just how impossible it is to take decent pictures of a cat.

I’ve got a few shots I’m proud of in my photo gallery, and I’ve been asked how I did it on more than one occasion. Well my friends, let me take you behind the curtain and show you how it’s done, in approximately 1,497 steps.

First, there’s the set up. You need to have several cameras ready at any given moment. If Planck had owned cats, you can bet his constant wouldn’t have had anything to do with theoretical physics and everything to do with how your beloved pets will do something cute until you decide to go find a camera. I recommend having a camera by every seat in your house, fully charged at a moment’s notice. Don’t bother putting them in bags either, as the crinkling of velcro will cause an immediate stop to whatever cute thing your cat is doing.

You almost need practice framing your shot to get a great picture of a cat. The best way to simulate this is to get about two feet of string and a two inch by two inch square piece of paper with something written on one side(I recommend “cat” as a motivational tool). Tie this string to the most powerful fan in your home, crank it up to make speed, and see how many pictures you can snap off with the word in focus. This will seem easy compared to keeping your cat in frame and in focus, but it’s a start.

Most good cat photographers like to have other important accessories on hand, like cat treats, toys, catnip, laser pointers and at least a six pack of their favorite alcoholic beverage. The best options are craft brews with ironic or really silly names. There’s nothing quite like washing down the profound failure of getting a decent picture of your feline buddy with, say, a swig of Broken Skull IPA2. This might affect your ability to use the camera, but by the point you’ve had enough to get tipsy, your memory card will probably already be full.

Finally, the most important thing you can bring to a photo shoot with a cat is a positive attitude. Cats love to see that level of good energy hopelessly shattered, and you might eventually be able to get a good shot once they’re reclined on the scratch pad in smug satisfaction over your tears.

To see these steps in action, I’ll take you behind the scenes of a recent photo shoot with our darling feline pals, Jackson and Celeste, so you can see these tips in action.

Take 1 – After lining up a good shot and holding his pose for several seconds, Jackson suddenly had a bad itch on his ear that needed to be dealt with immediately. 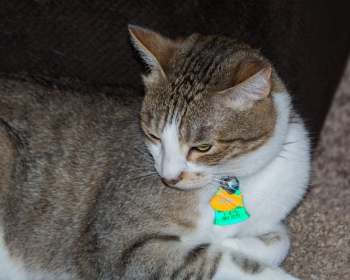 Take 12 – The ear problem appears to have finally been dealt with. However, as the shutter is clicked, something out of frame catches his attention. Is it a bug crawling on the carpet? A straw wrapper? A spec of dust? A ghost? We will never know. 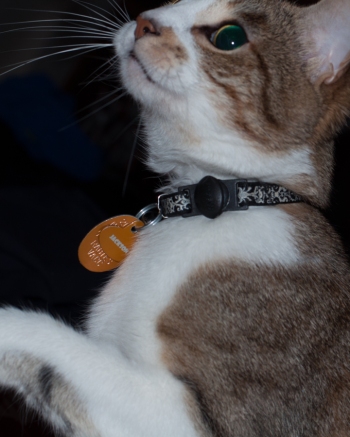 Take 23 – This time it’s a fly, at least a good six feet away. While he’s undeniably a long legged cat, he apparently suffers from the delusion that he has a Kevin Durant-esque wingspan.

Take 57 – No distractions this time, but a long shoot has clearly taken a lot out of the little guy, and he’s expressing his annoyance now. The treat bag is dwindling.

Take 77 – Hearing that her feline siblings are getting something she isn’t, Sapphire arrives and forces her way into the shot. Chaos insues. 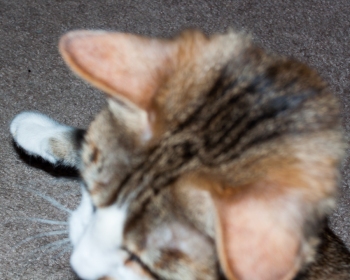 Take 106 – Jackson has noticed the lens cap now, and thinks it would make a phenomenal toy. 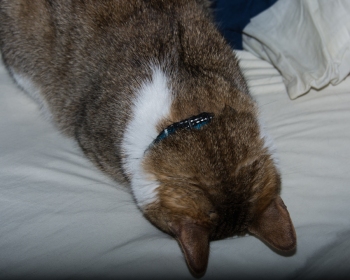 Take 238 – Oh no, that’s fine. You just go ahead and take a nap now. I’ll just sit back and wait. What would be a good time for you? I know you have a busy schedule, napping and all. 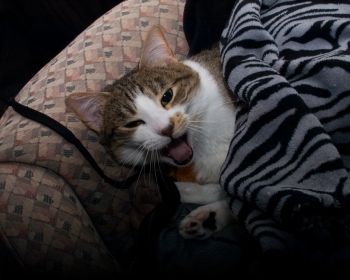 Take 466 – Sure, curl up for another nap. I don’t mind. It’s not like there’s anything else I have to do today. 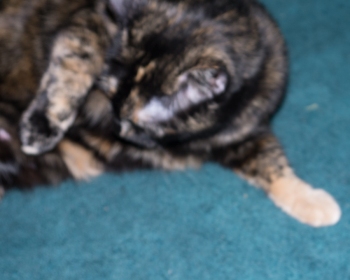 Take 585 – I’ve not given up on Jackson and turned my attention to his sister Celeste. At the last second, she apparently decides she’s not quite cute enough looking for the photo shoot and starts to clean herself.

Take 644 – And now is clearly the best time for Celeste to roll onto her back. I’m starting to think the cats know what the shutter means and have decided to band together to drive me crazy.

Take 881 – Sapphire wanders into the scene again, really starting to wonder when she’s going to get some treats.

Take 1,014 – Jackson walks by the office and makes a ridiculous mewling sound, which Celeste responds to by turning away from the camera and towards her brother. They’re now ruining each other’s photos. I can neither confirm nor deny several alcoholic beverages have been consumed. 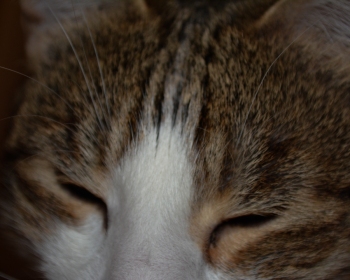 Take 1,139 – Jackson walks directly in front of the camera lens and ruins yet another shot. I take this as a diva-ish move to tell me he wants to be the center of attention once more.

Take 1,238 – Celeste distracts Jackson now, making him turn just as the photo is being taken. The cats learn a few new choice obscenities from the photographer. If this bothers them, they show no sign of it. 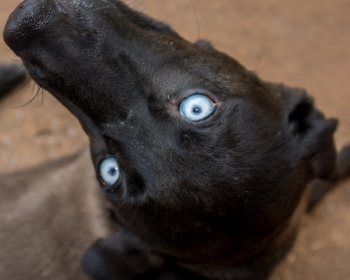 Take 1,497 – After much consideration, Sapphire is named honorary cat, and thus we finally have a decent cat photos.

The moral of this story? No pet is perfect. When you adopt an animal from a shelter, you are inheriting a raft of potential problems that you may not ever fully understand, and neuroses that are triggered by the most minor of circumstances. No shelter pet is easy. They will make messes in the house, or wake you up in the middle of the night or destroy a treasured heirloom because it had the audacity to fall on the ground. They might even force you to take a thousand or more bad pictures before you get a decent one.

But what you get in return are loyal friends, the ones who curl up in the bed beside you when you’re sick and lean into you when you feel like the whole world is conspiring against you. Because we’re not perfect either, but for some reason these wonderful animals are willing to put up with all our foibles and still call us theirs.

Being adopted by a shelter pet is worth all those clicks of the shutter, because you learn in time you didn’t save them. You’re saving each other. 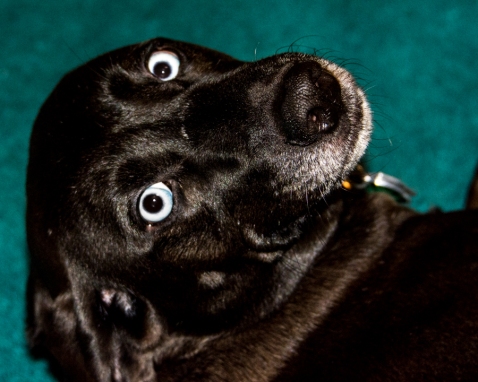 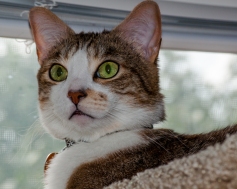 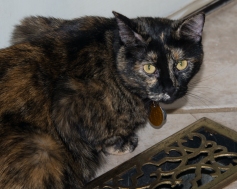 1- The fact that none of the internet shaving companies have called themselves Occam’s is a shame. Next guy to buy a German blade manufacturer, I’ve just named your business. You’re welcome.

2 – Yep, cheap plug for Stone Cold, even though I’ve never tried it, thanks to Oklahoma’s liquor laws, which are the finest 1920 had to offer. If you’re so inclined, you can check out at brokenskullranch.com for more info. This isn’t an ad, just me trying to live vicariously through people who can get it.